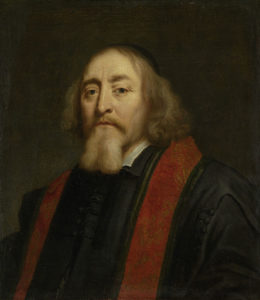 In his “baroque” novel The Island of the Day Before, Umberto Eco devoted a chapter to a debate about metaphors. A learned Jesuit, Padre Emanuele, praises metaphors as “the most acute and farfetched among Tropes”, as the very quintessence of ingenium, which consists “in connecting remote Notions & finding Similitude in things dissimilar” and produces Wonder, while enabling us to learn “new things without effort & many things in small volume”.

It is no coincidence that Eco attributes a keen interest in metaphors and their close connection with the field of knowledge to his seventeenth-century characters. His fiction reflects the early modern boom of practical and theoretical interest in metaphor as an effective, though in a certain sense problematical, instrument of the imagination. The entirety of early modern scholarly discourse is imbued with a multitude of metaphors that denote different segments of the culture of knowledge, involve various methods of its production, organisation and administration, and help to capture the nature of the new knowledge and the meaning of new theories. The terms labyrinth, path, light, darkness, tree, gate, theatre, mirror, garden and other metaphors are poetic, and at the same time cognitively effective, instruments for representing knowledge. However, the rhetorical nature of the metaphor made it also a subject of criticism. Many members of the early modern scholarly community dissociated themselves from the use of metaphors altogether and created an image of the new science as something separate, set at an ostentatious distance from such rhetorical figures. What emerges is a particular situation in which metaphors are simultaneously desired and not desired, and in which they function not only as an effective means of explicating knowledge and theories but also as a means of self-definition and self-presentation.

The aim of this conference is twofold. Its first purpose is to discuss and analyse metaphors representing scholarship, learning and knowledge in early modern scholarly discourse. We would like to focus on their multiplicity, function and ambivalent standing. A possible starting point is the well-known cognitive concept of metaphor according to which this trope is not only a linguistic adornment of poetic language but also an important tool of cognition. However, we do not want to prevent participants from using other interpretative frameworks; indeed, interdisciplinary approaches to the topic are highly encouraged.

As its second aim, the conference will focus on Johannes Amos Comenius and his works in order to mark the 350th anniversary of his death. Comenius, like his contemporaries, enjoyed making use of rich figurative language. In his texts he employed a number of metaphors through which he conceptualised knowledge, learning, memory, the universe, and other things. Some of his book titles are themselves metaphorical and indeed became emblematic (Theatrum/Amphitheatrum universitatis rerum, Via lucis, Lux in tenebris, Labyrinth of the World, Janua linguarum, Vestibulum latinae linguae). As the author of theoretical writings from the fields of poetics and rhetoric, he also dealt with the nature of metaphors and parables and their place in contemporary rhetoric.

We welcome contributions related to Comenius and/or to broader topics of early modern knowledge, focusing on the following thematic groups:

1)      What do metaphors and the scholarly strategies which use or refuse them reveal about early modern cultures of knowledge? In what way are they connected with the systematisation of learning and its division into disciplines? Were metaphors universally shared in the common literary and scholarly space of the respublica litteraria or are they tied to specific social environments, scholarly networks, fields of knowledge or languages?

2)      To what extent do changes in the cultures of knowledge correlate with changes in using metaphors? Is there a tendency for figurative language to reaffirm established images (the continuity of medieval metaphors), or is it rather an instrument that creatively transforms models of thinking, producing new meanings for old metaphorics?

3)      How does language react to a changing audience, to the emergence of new communication media and to the transformed functions of text in a society whose literateness is steadily increasing? And in what way do these developments prepare the ground for the use of figurative language in post-eighteenth-century discourses of knowledge?

4)      Do metaphors function as an instrument for creating grand narratives? Do self-legitimation narratives, for instance, use specific figurative tools?

5)      How does figurative language reflect denominational and religious differences? For example, does the extent, to which metaphor is used in the Catholic milieu and in the Protestant one, differ? Can such a comparison be valid in relation to Jewish or Muslim scholarly texts, if we know that different religious currents had radically different attitudes towards metaphorical/non-metaphorical interpretations of their sacred texts?

6)      Early modern natural science discourse abounded in proclamations about the need to eliminate metaphors. To what extent are these bold statements connected with a departure from the tradition of philosophical rhetoric that was based on ancient philosophy? What was the relationship between these proclamations and new experimental practices?

7)      Do new types of non-elitist knowledge related to crafts and arts produce new metaphors? And what place do these metaphors occupy in cultures of knowledge?

9)      How is the language of science used in other segments of early modern textuality? And particularly, in what way do early modern poetic and theological texts use “scientific” metaphors?

10)   How do metaphors of learning apply in early modern fine art, architecture and festivities, and how can one study the relationship between their artistic and textual representation?

We also welcome case studies devoted to individual metaphors (such as cognition as light, ignorance as darkness, method as a path, lack of a system of information as a labyrinth) or to sets of metaphors in such fields as book printing, agriculture, craft, mechanics, optics, or cartography.

Applicants will be notified by 15 January 2020. We plan to publish selected contributions in a peer-reviewed SCOPUS journal or edited volume.