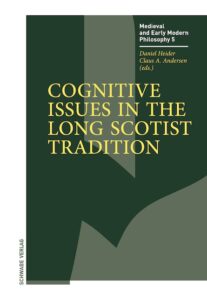 The late-scholastic school of Scotism (after John Duns Scotus) left considerable room for disagreement. This volume innovatively demonstrates just how vividly Scotist philosophers and theologians discussed cognitive matters from the 14th until the 17th century. It further shows how the Scotist ideas were received in Protestant and Reformed milieus.

Daniel Heider is Associate Professor of Philosophy at the University of South Bohemia. Among his many publications on metaphysics and epistemology in Post-Medieval / Early Modern scholasticism are his monographs Universals in Second Scholasticism (2014) and Aristotelian Subjectivism: Francisco Suárez’s Philosophy of Perception (2021).